Yesterday the first golf day of the season, the annual Variety Club Golfing Society Captain's Day, got off to a chilly start but it soon warmed up when the loyal celebrities and supporters turned out in force at Walton Heath golf course to support this worthwhile charity!

As usual, some of them had to struggle through 3 hours of M25 traffic, nothing new there, but all arrived safely.

Kevin Whately presented a mini bus to Woodlands Meed School from all the members of The Variety Club of Great Britain Golfing Society.

This year's co-sponsers were Anthony Trafford and the ever colourful Gavin Wilding! 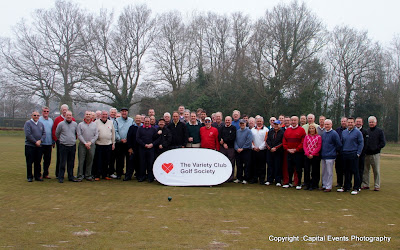 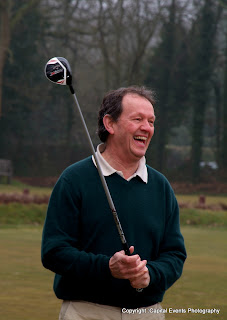 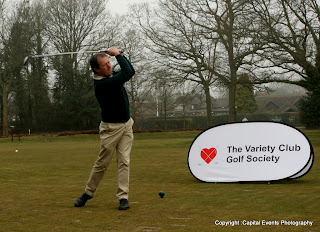 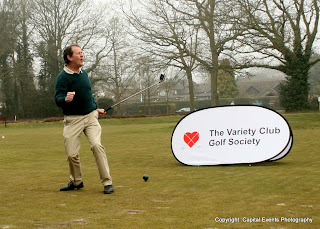 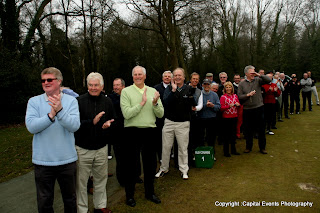 A well deserved round of applause for our Captain after that magnificent first drive off! 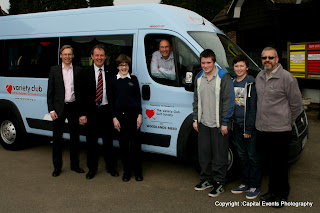 Teachers and pupils from Woodlands Meed receiving their mini bus 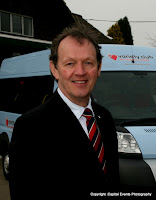 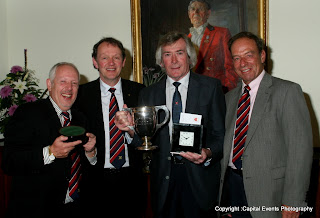 The winner of the 2013 Captain's Day, Pat Jennings with Kevin Whately, Gavin Wilding and Anthony Trafford 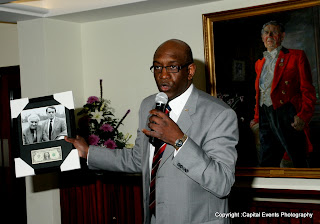 Ian Irving was the unfortunate soul who spent longer on the M25 than on the golf course! But still did a great job on the auction.

Posted by Capital Events Photography News at 07:18 No comments: 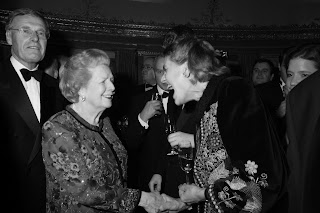 Posted by Capital Events Photography News at 14:12 No comments:

All in one Events Ltd organised a fabulous evening on Friday 5th April in aid of the Anthony Nolan Trust at the Rose Suite, Twickenham Rugby Ground, in tribute to Mark Smith, Keith Hussey and others.
The James Bond Charity Casino Nignt was full of entertainment, fabulous auction prizes and great supporters of the charity. Amongst the guests attending was Olympic Gold and Silver medal winner rower Mark Hunter. 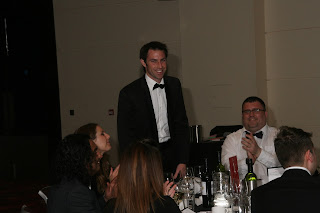 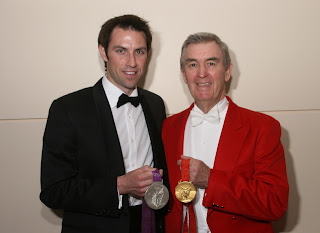 Mark Hunter and Glen Grant - Toastmaster extraordinaire
Having worked with Glen over many years, I can honestly say he knows how to look after his clients, the people working alongside him and he always makes sure the evening runs smoothley. He is a true professional!
Glen Grant can be contacted on 0208 337 9018 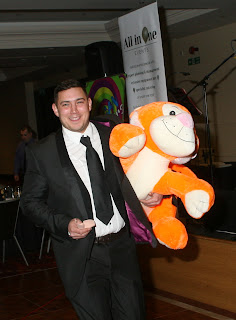 A happy winner of the lovley ruffle 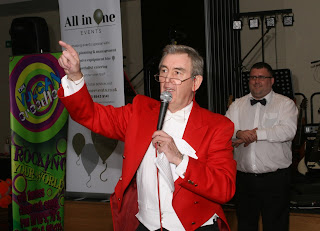 Glen Grant and Steve O'Neil Raising money with the auction 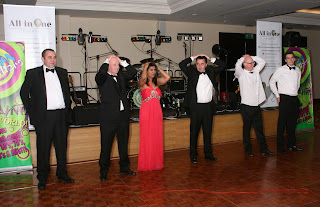 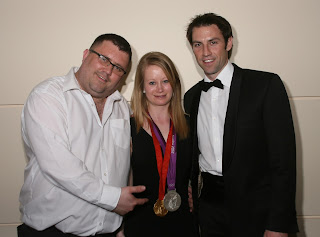 Mark Hunter, a representative from the Anthony Nolan Trust and Steve O'neil of All In One Events Ltd, which I would like to personally thank for organising a wonderful event once again.
Steve O'Neil can be contacted on 020 8943 9141 or 07739 176 419 for All your Events.
Posted by Capital Events Photography News at 13:59 No comments: